Grandie Emma is in her first year of ice hockey. It's hard going for her, learning to skate forwards, backwards, stopping, starting, getting up after falling in the ice, and handling a hockey stick and a slippery rubber puck at the same time.
But the coaches make it fun, especially so at Hallowe'en.
There was a special Hallowe'en hockey practice at the weekend. The players on Emma's team all turned into mini "Where's Waldo" characters thanks to the inventive coaches.
Watch out for that scaaaaary bat above your head, Emma. 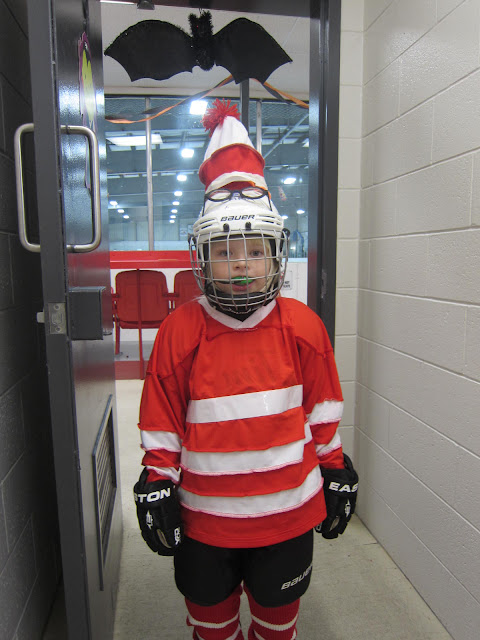 Of course there had to be a team photo. An opportunity not to be missed. Can you guess which one is Emma er... I mean Waldo? 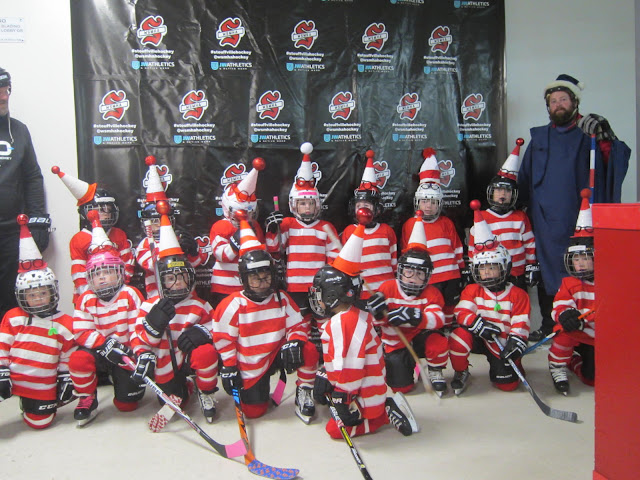 And the opposition became "The Pirates" with lots of cries of "YoHoHo" and "Arrrrr me Hearties". 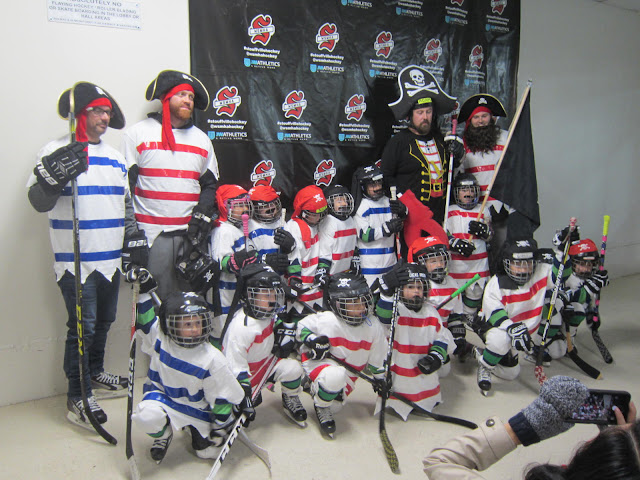 Then they were out on the ice for their regular practice. It was more lighthearted and fun than their usual hard workout practice. Games of tag using (plastic) bloodied body parts. And instead of skating figures around orange pylon markers, they were using severed arms and legs... really scary stuff. 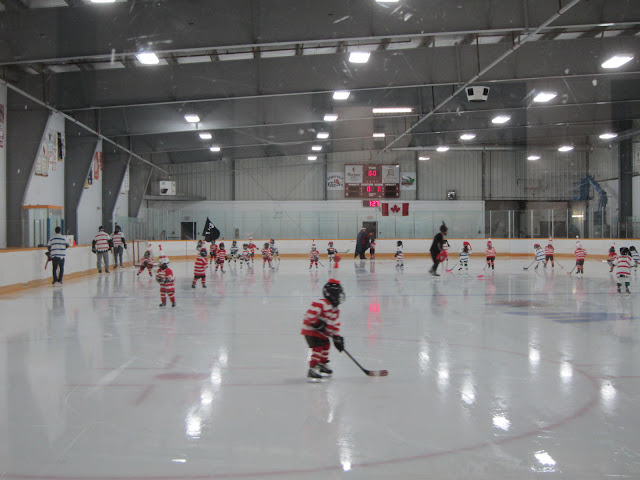 When Waldos and Pirates meet on the ice.... it's Hallowe'en Hockey Night in Canada!
Posted by Shammickite at 10:20