I was biking in the right place at the right time yesterday to catch unusual activity at the train station. It’s normally quiet all day as the only trains running are morning and evening GO commuter trains.

York Durham Heritage Railway had brought this veteran engine, DL 4068, from their yard in Uxbridge, Ontario, just a few miles up the line from Stouffville.
DL 4068 is an Alco RS-3 dating from the 1950s. 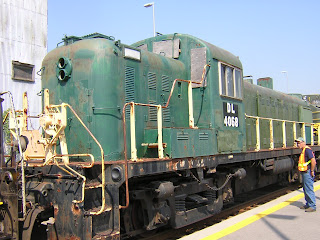 She (are trains female?? like ships?) had been stored in YDHR’s yard and was being picked up by CN to be delivered to Delaware and Lackawanna main yards at Batavia, NY for restoration. She will be restored to the original Delaware & Hudson black and yellow scheme, with D-L lettering. She was originally Lamoille Valley Railroad 7801.

CN 4114 arrived as scheduled to collect the engine. 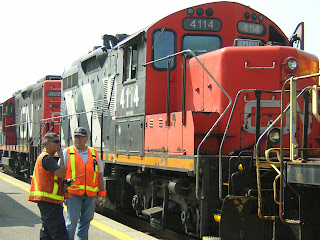 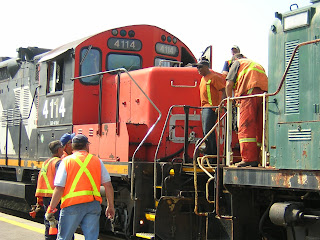 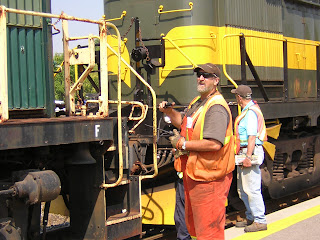 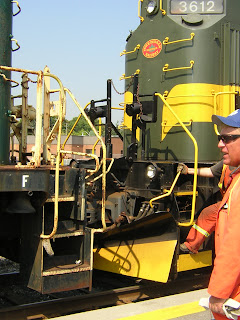 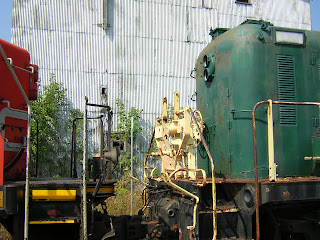 She's finally coupled up to CN, and will soon be on her way to Toronto, and then on to Batavia for a bit of much needed TLC. 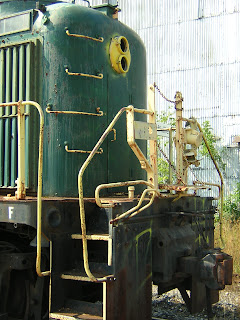 There's another pic of 4068 here in her original Delaware and Hudson colours.
And another one here. 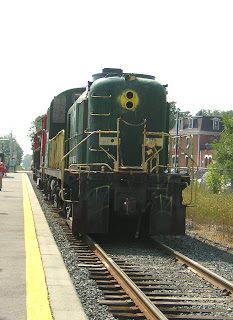 On her way, down the line towards Toronto.
Somehow, I always feel a tinge of sadness at the sight of the back end of a train disappearing down the track. 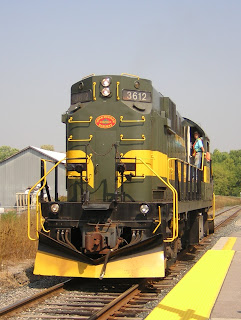 YDHR engine 3612 on her way back to Uxbridge after a morning of hard work.
3612 is an RS-ll built by Alco (American Locomotive Company) in 1956.
The YDHR is run completely by enthusiastic volunteers, most of them are former railway employees.
I suppose once a railwayman, always a railwayman!
Posted by Shammickite at 10:47