Wings on the Wind

In November the Centre holds an Open House that highlights it's coastal wildlife rehabilitation programme. Injured turtles, manatees and seabirds are provided with medical care and a safe place to recover from whatever ails them. 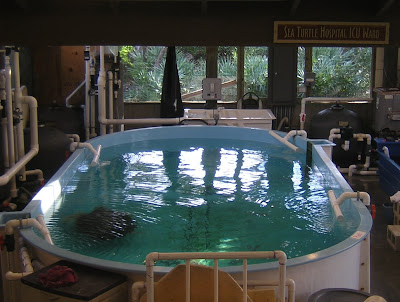 There were quite a few sea turtles in tanks recovering in the Sea Turtle Hospital ICU Ward. Some big, some small. This one was the biggest.

An assortment of birds of prey were on show. All of these birds had been found as orphaned fleglings, unable to care for themselves, so volunteers have stepped in as substitute parents. 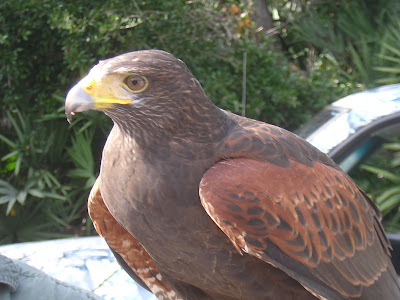 This Harris's Hawk had been raised by hand since he fell out of his nest at 14 days old. He was flying free but always returned to his handler's gloved hand on command. While we watched, he caught a lizard and greedily gobbled it up. 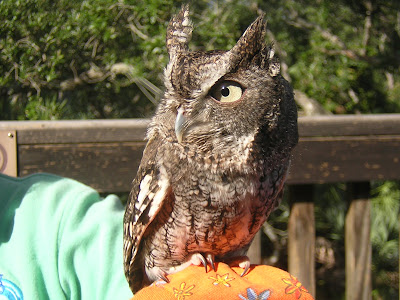 An Eastern Screech Owl sat patiently on her handler's glove waiting for a tasty snack. 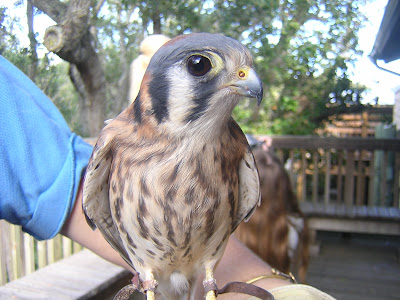 This is Priscilla, an American Kestrel. This bird is the smallest falcon ocurring in North America.
But the highlight of the afternoon is the bird release. This year there were three birds who had recovered from their injuries enough to be released back into the wild, a laughing gull, and two brown pelicans.
The birds arrived at the beach in two animal carriers, covered in a cloth. As the coverings were removed, the gull (in the smaller carrier) became very anxious to leave. "Let me outa here!" 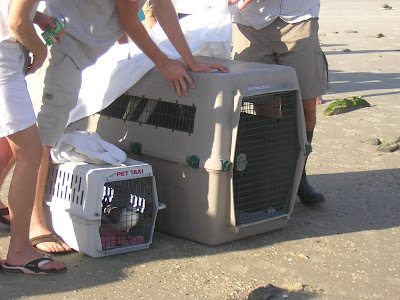 The gull didn't waste any time on a polite "Goodbye" or "Thankyou", as soon as the door was opened he was off! 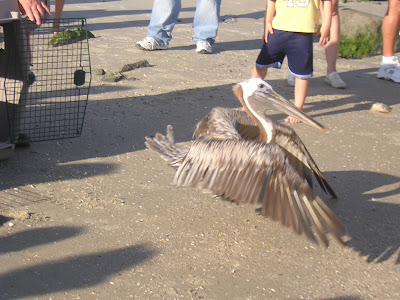 And the pelicans followed suit, making it down the beach to the water breaking the world land speed record for pelicans. It was all over in a matter of seconds. A little different from the stately decorum of last year's release. 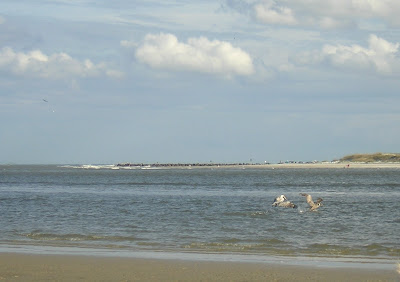 Three more beautiful seabirds are healthy and back where they are supposed to be thanks to the good people at the MSC.
Posted by Shammickite at 14:00