Pardon me boy, is that the Chattanooga Choo-choo? No, actually it's the York Durham Heritage Railway!

The York Durham Heritage Railway opened for business on September 14 1996 and runs between Uxbridge and Stouffville on an old CNR track, and has been running on summer weekends since then. The opening ceremonies were held on the 125th anniversary of the grand opening of the Toronto and Nipissing Railway in 1871. 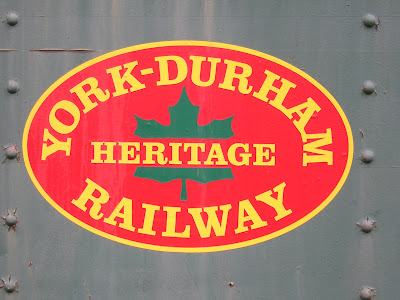 The Uxbridge Railway Station was built in 1904 and is one of the few remaining "Witches Hat" stations in Ontario. 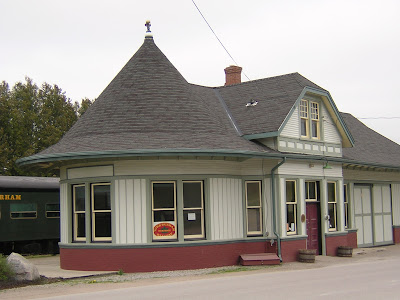 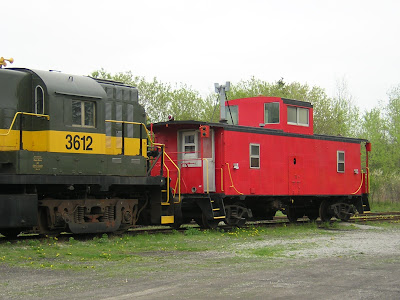 Rules Car #15041. This car contains a classroom for instructing railway personnel on the correct & safe methods of operating a railway. And originally contained living quarters for the travelling instructor. This coach was built for Canadian National Railways by Canadian Car & Foundry in 1930 as a Solarium and Lounge coach. Each time C.N.R. modified this car they moved walls and blanked out windows. 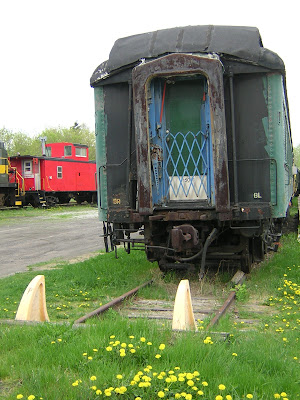 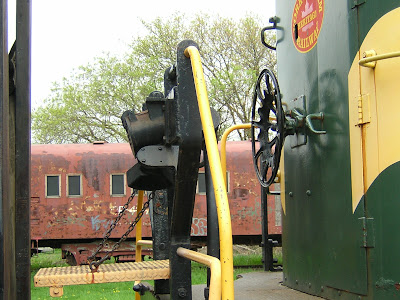 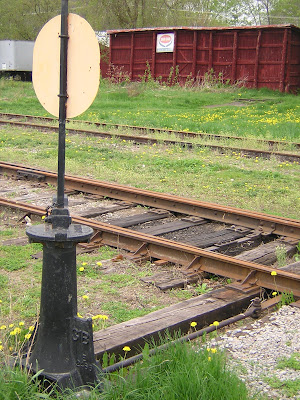 Need to know more? Take a look here.
See you on the train!!
Posted by Shammickite at 20:18