Isaac took his Mummy and Daddy and Nana on a trip to the local pumpkin patch. 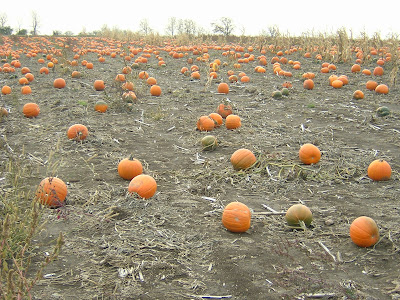 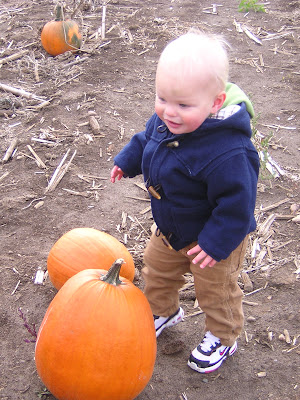 " Let's go home and carve a scary face. Daddy, will you help me?" 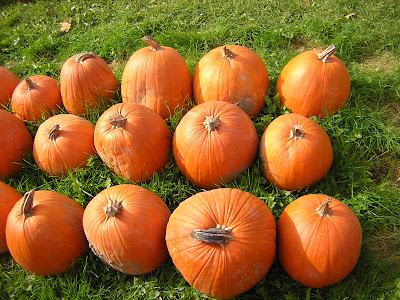 Happy Hallowe'en to everyone out there in Blogland!
Posted by Shammickite at 09:34 6 comments:

He flies through the air with the greatest of ease,
That daring young man on the flying trapeze....... 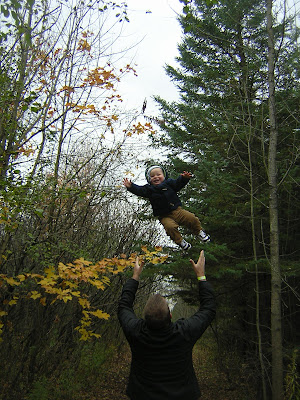 I've been given the very important job of puppysitting for the Canadian Thanksgiving weekend. Tessa is three years old now, but she's convinced that she's still a puppy. It was a perfect blue sky morning so I took Tessa for a walk er, I mean top speed doggy romp, frolic, gallop, run ten times further than anyone else, through York Regional Forest to tire her out. She's less trouble that way! 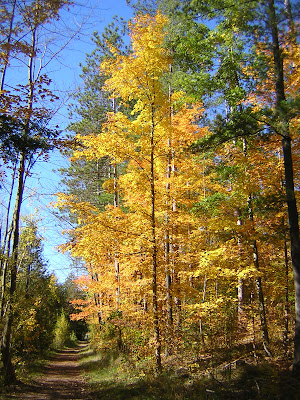 The colours are glorious with the sun lighting up the leaves. One more wind and rainstorm and they'll all be gone.
A couple of weeks ago EG Wow posted a picture of this strange tipi made of sticks in the middle of the forest. It seems to have more sticks now.... maybe passers by add a stick to it and make a wish to the forest fairies? 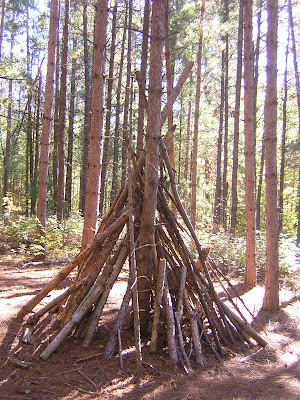 I tried to pose Tessa in front of it and asked her to smile nicely for the camera but she wouldn't cooperate. 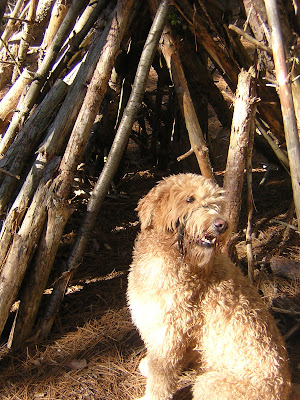 There were lots of walkers with their dogs, horses and riders, and even a mountain biker taking advantage of the lovely October weather. And lots of people leaving the trails and carrying large buckets. I wondered what they were doing.... 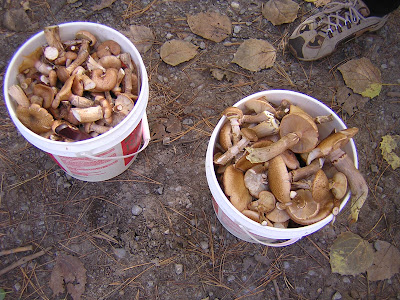 .... and then I met a group of Italians who proudly showed me their harvest, courtesy of Mother Nature.
They'll be eating well tonight!
Posted by Shammickite at 16:33 28 comments:

More pictures from the adventures at the Rally Cross at Bancroft last weekend.

First task... get the car off the trailer. 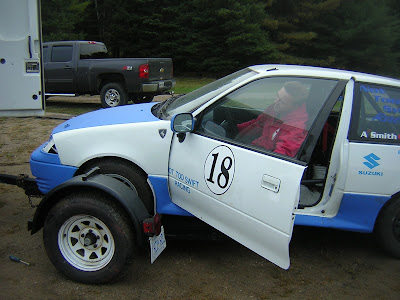 When the 1992 Suzuki Swift was new, it was prepared for Rally competition by Four Star Motorsports, fitted with racing seats, roll cage, racing harnesses, fire extinguisher, navigation computer etc, all the bells and whistles needed for competitive rallying. 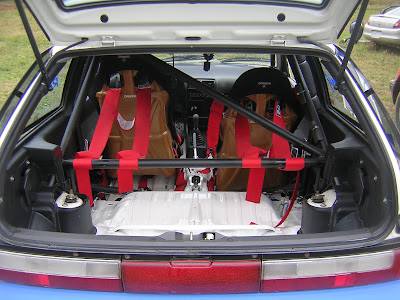 But the car is outdated now and no longer conforms to all the current North American Rally rules, so after spending 5 years collecting dust in my garage, and then another 3 or 4 in OlderSon's garage, YoungerSon had it towed to his house, cleaned it up, gave it a new coat of paint (you can hardly see the brush strokes), replaced whatever needed to be replaced and it's back in RallyCross action. 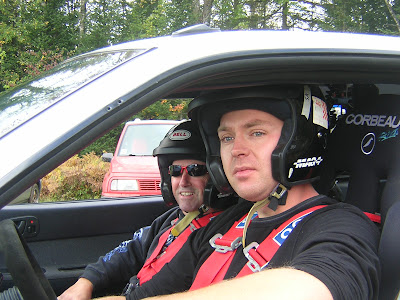 YoungerSon and his D-in-L wait anxiously at the start line. First time for D-in-L, he was feeling nervous and rightly so. Sliding round those curves at top speed can be a little scary. 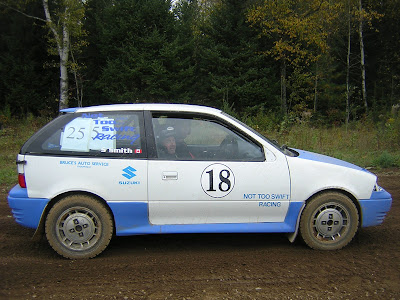 Many of these crazy rally cross drivers use their every day cars to race round the track. And they take off their licence plates in case someone takes a picture and posts it on the internet and their insurance company notices! 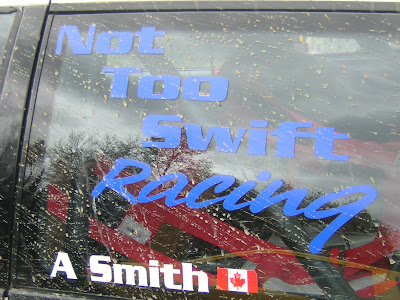 The track was pretty dry, but that didn't stop the car getting filthy... but that's what racing against the clock on a dirt track's all about isn't it?

While the car was stored in OlderSon's garage, it became home to a thriving family of mice who lived in mouse nest luxury surrounded by fiberglass insulation. Nice and warm during a Canadian winter. Every time the car zoomed round another corner, more mouse nest material appeared from the nether regions of the car accompanied by lots of mousiepoo. Luckily for the mice they had already been evicted by the new landlord. 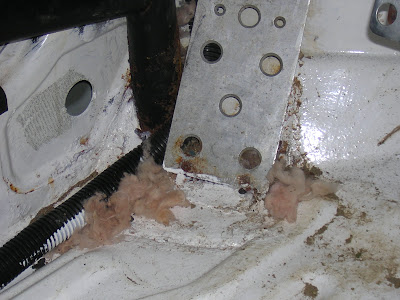 During YoungerSon's last run, the Suzuki popped a tire and lost it's transmssion fluid, so D-in-L wasn't able to have his turn to finish, but there's always the next time.... October 17!

For a video of the track, see the previous post.
Posted by Shammickite at 20:41 8 comments: