It's said that moving house is one of the most stressful experiences in life, right up there with birth, marriage and death, and it's true.
The actual move went very smoothly, with the moving truck and a posse of beefy men arriving on time, the loading and unloading was a breeze with only two trips from the old house to the new.
But from the next day on, I was incommunicado!
The phone company installed the phone, but no internet.
So I had a phone for a couple of days.
But then I was accidently disconnected while they tried to connect the internet.
Which affected the security system, so every time I opened the front door, the alarm went off.
WAH WAH WAH WAH WAH for 5 minutes.
I don't think my new neighbours appreciated this very much. Especially at 6:00am when I went off to my babysitting duties.
And to top it off, the doorknob between the house and the garage broke, so I was forced to use the front door if I wanted to go outside.

I was in seclusion.

But all is repaired now.... new doorknob mechanism, phone and internet are working, but now my monitor screen has died, so I am working with a borrowed screen, which will have to be returned very soon, so I'll be a non-blogger again for a while! So if you don't see me commenting on your blogs, you know why. sigh.... 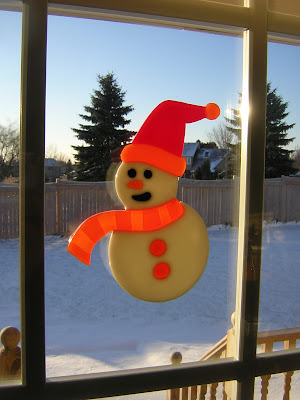 Meanwhile, I'm 90% unpacked, and I'll have to start preparing for Christmas. It snowed last week so we are going to have a White Christmas for sure.
Posted by Shammickite at 09:51 25 comments: