Richard Plantagenet was born at Fotheringhay in Northamptonshire, England, on 2 October 1452. He was the youngest son of Cecily Neville, daughter of Ralph, Earl of Westmorland, and Richard, Duke of York, who was at that time heir presumptive to the throne.

After the battle, Richard's naked body was given to monks and hastily and unceremoniously buried. Richard's remains were found in 2012 buried under a car park in Leicester where the former Greyfriars Church and Monastery had stood before it was destroyed by Henry VIII in the 1530s. The position of 11 wounds on the bones indicate that he had lost both his horse and his helmet when he was set upon by opposing troops. And the curved spine is consistent with descriptions of Richard as a hunchback.

Richard III 's remains are being buried today (March 26 2015) in Leicester Cathedral, 530 years after his violent death in battle. His plain English oak and yew coffin was crafted by a many times great nephew, a Canadian born cabinet maker who now lives in London.

Richard III's family tree can be seen here and the full story of the excavation and the discovery of Richard's resting place here.
Posted by Shammickite at 10:31 12 comments: 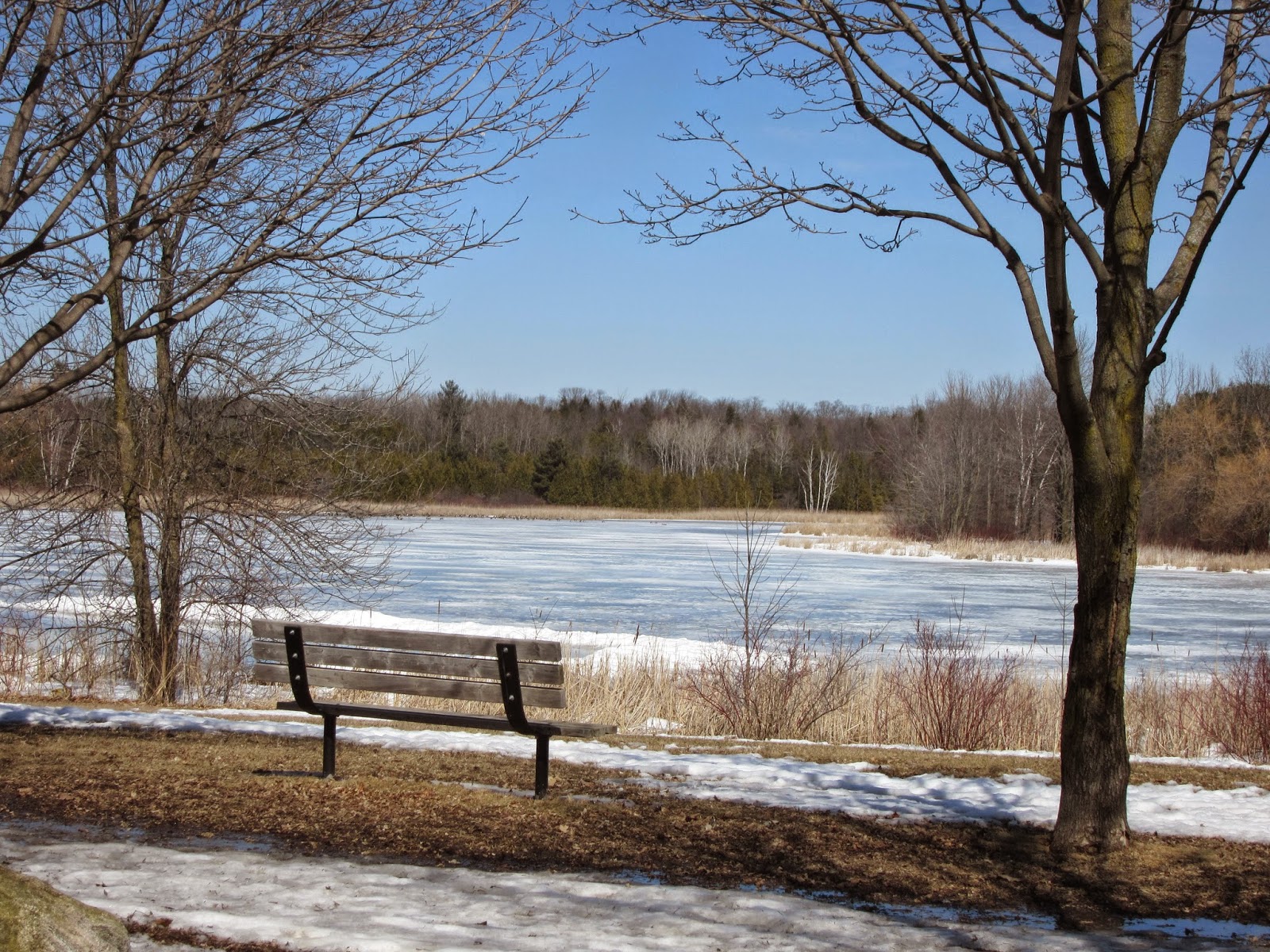 But a new sprinkling of snow on the ground today, and grey skies. I've forgotten what green grass and spring flowers look like.
Posted by Shammickite at 10:07 9 comments:

If you are any nationality other than Canadian, R M R will mean absolutely nothing to you. But to most Canadians, R M R means the Rick Mercer Report shown at 8:00pm on Tuesday evenings on CBC TV.

Rick Mercer is a Canadian comedian, TV personality, political satirist, social commentator and author, and can easily be described as the Canadian Parliament's "One Man Unofficial Opposition".  I've been a fan ever since he started on CBC's 22 Minutes in the early 1990s. Now he's in his 12th year of the Mercer Report. He gets up to all sorts of antics highlighting the crazy and unusual things that happen across Canada, and each week he delivers his opinion via Rick's Rant while striding purposefully along a downtown alley lined with colourful gaffiti.... here's an example:

YoungerSon, The Bride and I had vouchers for tickets (free of course, thanks Bride!) to watch a taping of R M R at the CBC studios in Toronto. (The Other Grandma was babysitting.)  We found a cosy pub for a beer and a burger and then headed off to the CBC building on Front Street.


I'll be watching Rick's show next Tuesday. Maybe I'll spot the backs of our heads.
Posted by Shammickite at 11:54 11 comments:

I was invited to a Pudding Club event at the weekend. No, it wasn't especially for ladies expecting a happy event, that's a completely different Pudding Club. It was to celebrate and preserve the traditional British Pudding!

Don't mistake the meaning of the word Pudding here. It doesn't mean that creamy chocolatey stuff you can buy in a package at the grocery store. Pudding is another word for Dessert in Britain. Or you could say Sweet or Afters. Preferably steamed and stodgy, laden with calories, and enveloped in lashings of yellow Bird's Custard.

There was actually a plate of fresh veggies and assorted dips, but most people tried to pretend it wasn't there, and concentrated on filling their plates with all the good things they aren't normally allowed to eat at home.

My contribution to the feast was Eccles Cakes. 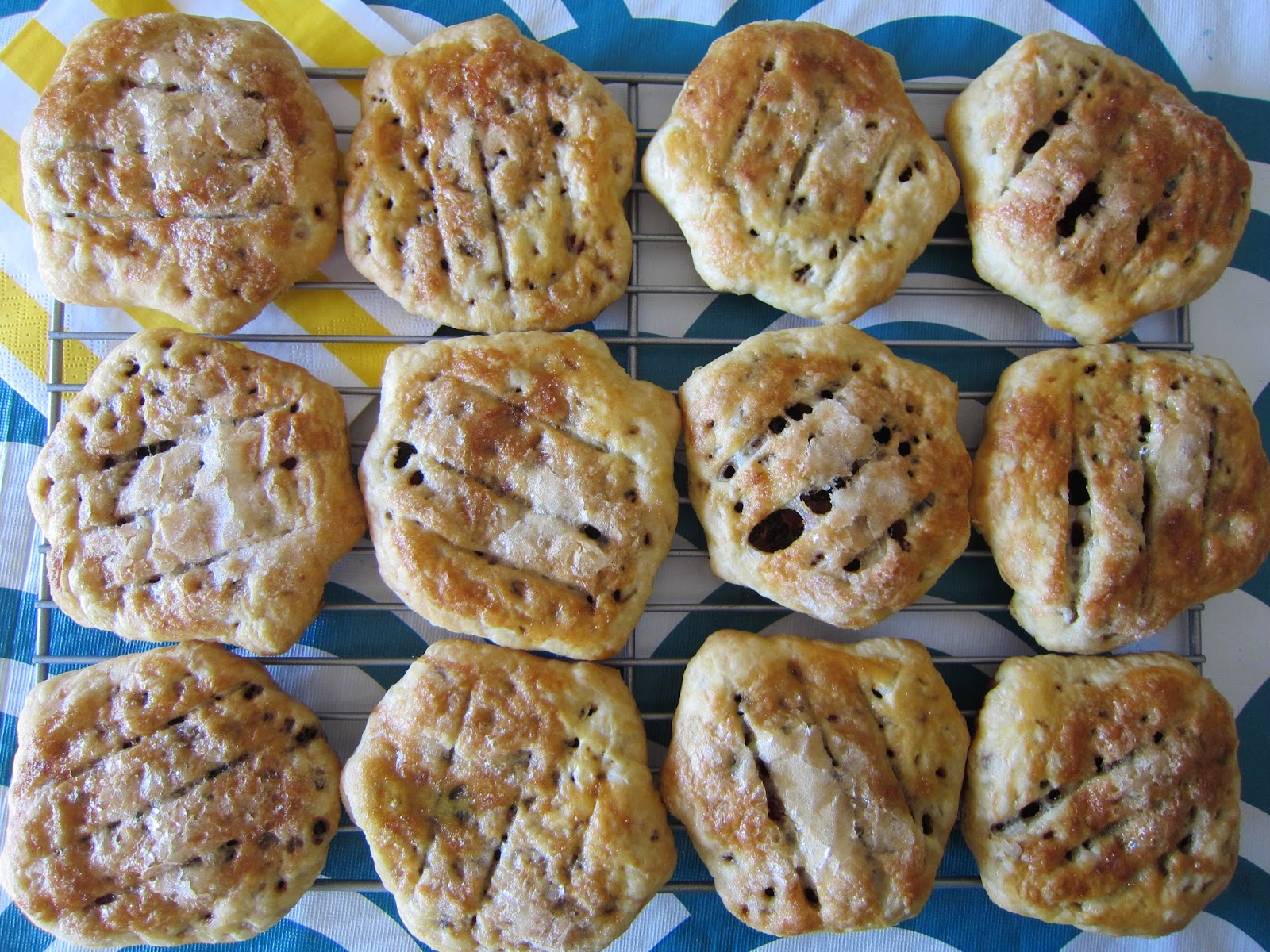 Eccles Cakes have been enjoyed in Britain since shopkeeper James Birch sold them from his shop in the town of Eccles (now part of Greater Manchester) in 1793. And Eccles Cakes can be baked anywhere in the world and still be called Eccles cakes, they don't have Protected Geographical Status like Cornish Pasties or Champagne.... well, not yet.

I sampled every pudding available, one side of the table first. The second side of the table about 40 minutes later. In fact, I even had a second helping of the Peanut Butter and Chocolate Cheesecake, a very tiny bit you understand. It's salad all week for me now!
Posted by Shammickite at 22:35 8 comments:

I've been using my Black & Decker bread machine for donkey's years, and it's served me faithfully, never going wrong. I used it mostly for mixing the bread dough, and then baked the loaves in the oven, and only rarely baked the bread in the machine itself.

But recently I found the dough had smeary black bits in it, and I discovered that the little paddle thingy that mixes the dough was starting to grind itself to bits and leave a metal dust behind. Definitely not what I want to find in my breakfast toast.

So off to the internet to look for a spare part. Nope.... the machine is too ancient, spare parts for that model are discontinued. So now I start looking at Kijiji and Craig's List. Lots of used bread machines for sale, all sizes, shapes and makes, and I finally found one that looked like mine for $20.

I phoned to make sure it was still available, and it was, so I headed out to the address I was given, only a 20 minute drive away. Lovely house in an upscale neighbourhood. The people were Iranian. The bread machine obviously hadn't been used much, it was clean, and in great shape, so I happily parted with my $20.
When I got it home, I discovered that the bread machine was slightly bigger and a more updated model than mine. I was intending to replace the paddle in my old machine, but I've been mixing bread dough in the newer machine for a couple of weeks now and it's working well. A good $20 investment.

What was the first word that came out of your mouth this morning? Before you even got yourself out of that nice warm bed?

If it was "Rabbits" or "Rabbits Rabbits" or even "White Rabbits" you have ensured good luck for the rest of this month. 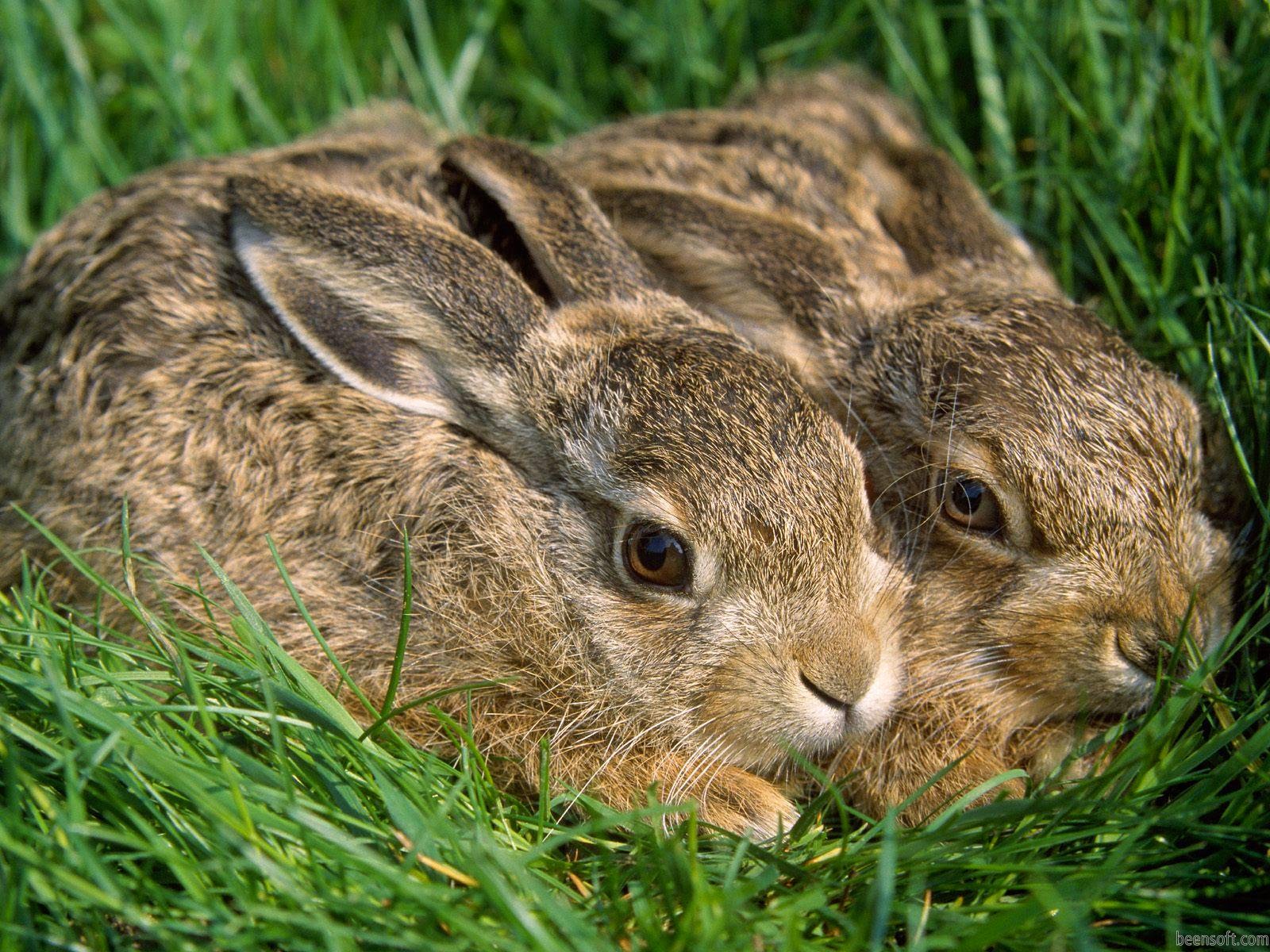 It's the first day of March today. When I was a child, I always remembered to say "Rabbits" as soon as I opened my eyes on the first morning of every month. My mum and dad said it too. There are various versions of this superstition. Mum used to say "White rabbits" on the first of January, then "Rabbits" for the next eleven months. And my cousin says you have to say it while looking at the moon.

Why? Many theories. The rabbit or hare was a sacred animal, and perhaps people paid homage on the start of the lunar month, when a rabbit image may be seen in the full moon. A ritual left over from pagan days.

Anyone else mutter "Rabbits" sleepily to themselves this morning? I did. It may only be a superstition but I like to be on the safe side of Fate.
Posted by Shammickite at 09:19 13 comments: