My second Postcrossing postcard has arrived and this time my card is sent from the town of  Jesenice in Slovenia. It shows a painting of the old blast furnace and iron works building in Jesenice, painted by Austrian artist Heinrich Wettach (1858-1929).
This postcard took 10 days to get to me and travelled 6,879 km (4,274 miles). Thank you, Jose! A Sad Day for Canada

If you are not a Canadian, you may not have heard of him. Singer / Songwriter / Country legend Stompin' Tom Connors has passed away. I'm definitely not a country music fan. In fact, I have never bought one of his recordings. I never went to one of his concerts. But Stompin' Tom meant "Canada" to me. I tapped my feet to his music and sang along with his uniquely Canadian lyrics.

He wrote songs about Canada, and only sang his own songs. He always took a plywood board on stage so he could stomp his cowboy boot in time to his music. And his gravelly voice was unique and so recognisable.

Stompin' Tom had a hard life. He was born to a teenage mother, and spent some time with her in a penitentiary before being adopted. He drifted from job to job and even spent some time living on the streets before starting an entertainment career. He won several Juno awards for his music, but gave them all back in the 1970s to protest Canadian artists leaving to pursue music careers in the USA.

He wrote a letter to his fans before he died.


Hello friends, I want all my fans, past, present, or future, to know that without you, there would have not been any Stompin' Tom.
It was a long hard bumpy road, but this great country kept me inspired with its beauty, character, and spirit, driving me to keep marching on and devoted to sing about its people and places that make Canada the greatest country in the world.
I must now pass the torch, to all of you, to help keep the Maple Leaf flying high, and be the Patriot Canada needs now and in the future.
I humbly thank you all, one last time, for allowing me in your homes, I hope I continue to bring a little bit of cheer into your lives from the work I have done.
Sincerely,
Your Friend always,
Stompin' Tom Connors


This morning the radio is playing Stompin' Tom Connors songs. He loved Canada. And Canada loved Stompin' Tom. He will be missed.
Posted by Shammickite at 11:26 9 comments:

Today I received my first Postcrossing postcard! WOOHOO!  You've never heard of Postcrossing? Then look here. Currently more than 391,000 people from 219 countries around the world are busy sending each other postcards and making friends. Snail mail, the old fashioned way!

Postcards I have sent to Germany, Holland and Taiwan have already arrived, and five more are in transit to other countries. And as soon as a postcard of mine arrives at it's destination and is registered, my address is sent to a random Postcrosser and I can expect to get another card.

I was so excited to open my mailbox today and find my first postcard from Aune in Finland. It was posted 5 days ago and travelled 6,539 km (4,063 miles). Thank you, Aune! A painting by Helene Schjerfbeck.... one of Finland's most famous artists.
Posted by Shammickite at 13:38 6 comments: 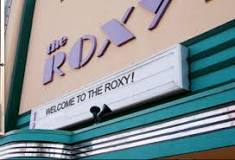 And I'll watch anything with Billy Connolly in it!
Posted by Shammickite at 08:17 10 comments: