I'm a serial volunteer at our local theatre, taking tickets, showing customers to their seats, and selling CDs and Tshirts for the performers. And the advantage is that I get to stay and watch the show. I've seen some great performers here. The most recent concert was singer Emma-Lee...a case of local girl makes good. What a voice! She sang this song.... (make sure you see the last scene of the video... made me giggle, and it's even funnier in the next video)....

.... and if you'd like to know how this video was made (all night session in No Frills grocery store) and you have eight minutes to spare, here it is: 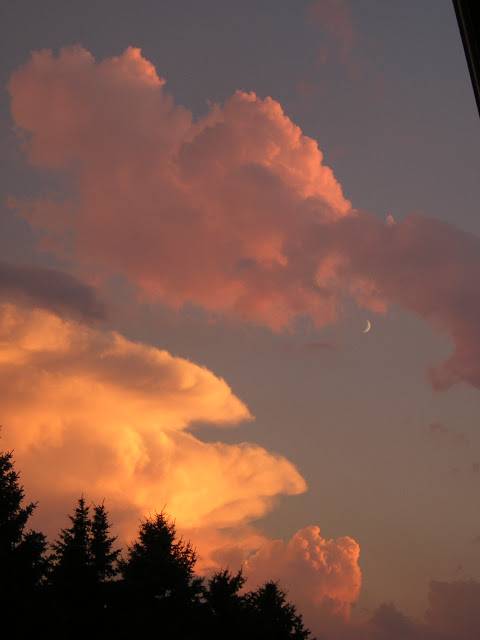 Most of North America has been in the grip of extremely hot humid weather for the whole of June and July and my little corner of Canada is no exception.

We need a nice thunderstorm to clear the air.... not too violent with lots of damage, just a gentle storm with some cool rain, please.

Meanwhile there have been some spectaular sunsets.

Freedom of the Town

The Freedom of the Town is the act of granting the privilege to a specific military unit to march through the town with "drums beating, colours flying, and bayonets fixed". The Governor General's Horse Guards were invited to pay a visit to town in June. 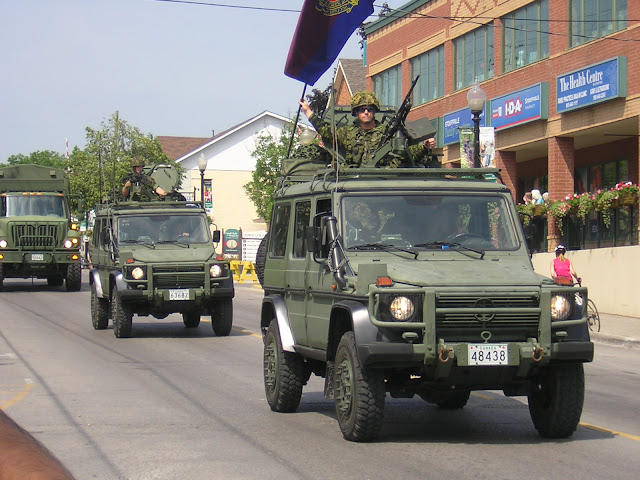 The Freedom of the Town tradition originates from British military history.  British cities were opposed to having regular standing armies, due to their war-like impression “disturbing the peace and appearing to be a threat to the ancient civic rights of the city fathers.” 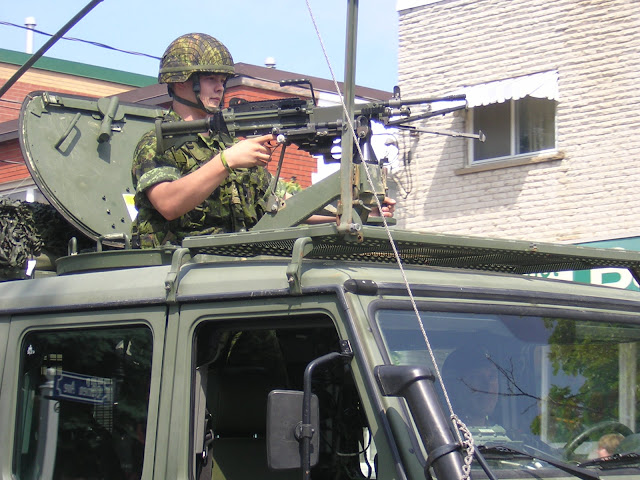 It became a custom for any military unit to request the permission of the chief magistrate, the mayor, before entering a community. 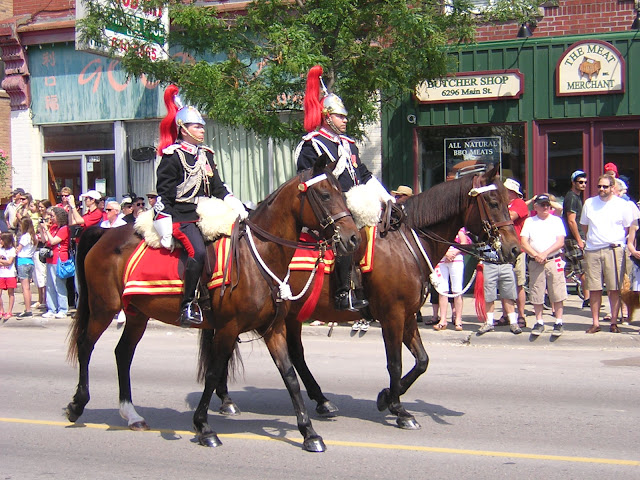 2012 is the 200th anniversary of the War of 1812.. From 1809 to 1812, the threat of invasion across the border from the United States became very real. Many influential American politicians openly urged the annexation of the Canadian provinces, by military action if necessary. Canada had to fight back. In fact, British and Canadian troops got a s far as Washington, and set fire to the President's mansion in 1814. It was repaired and the burnt bits were painted white... hence the name, the White House. 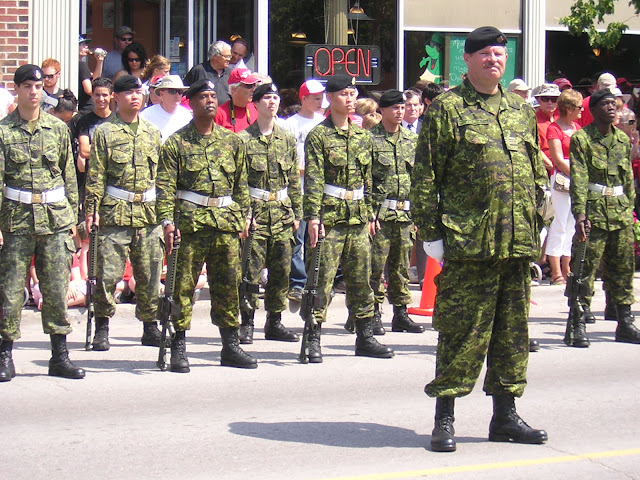 Major General Isaac Brock was sent to Upper Canada in 1810 as Commander-in-Chief to improve the defences of the colony. Part of the defence force was Button's Troop, commanded by Major John Button, a highly respected local farmer. Dr. John Button, who is a direct descendant of Major John Button, was one of the dignitaries in attendance st this event.
Button's Troop of dragoons and light cavalry was formed from the prosperous farmers of Markham Township under the Militia Act of 1808. It was initially designated 11th Company, 1st York Regiment of Militia, and was the first Militia cavalry unit organized in Upper Canada. 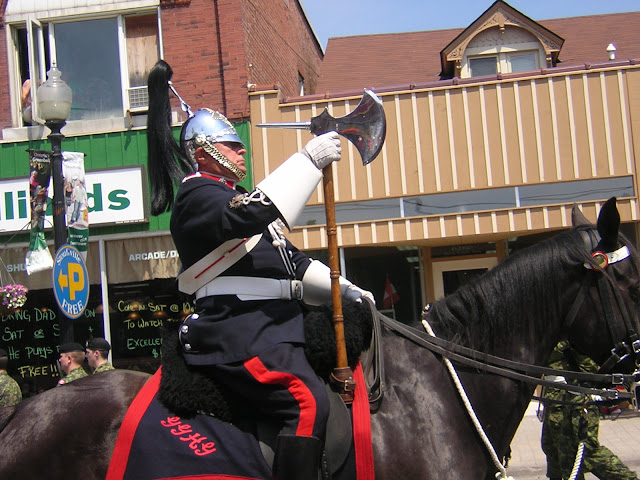 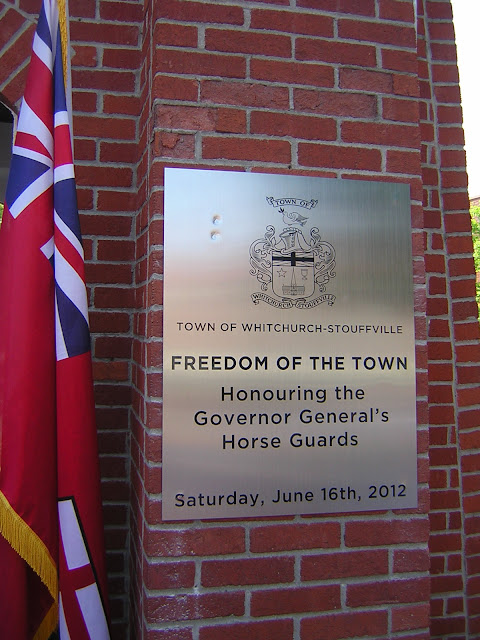 Freedom of the Town commemorates local history in relation to the War of 1812 and honours the Governor General's Horse Guards, a military unit that had their origins in Major Button's Troop formed in 1810. 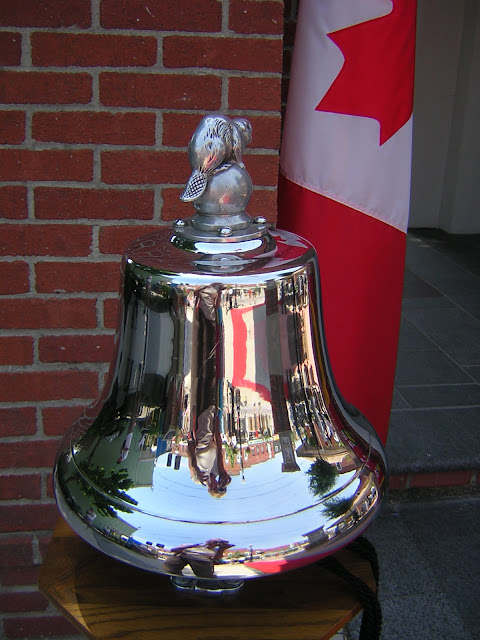 Last Christmas I was given an enormous Poinsettia. (Euphorbia pulcherrima in case you need to know.) Lovely! So Christmassy. I put it on the floor by the window and enjoyed it's cheery red colour.
But as January and February progressed, I got a bit tired of it. Christmas was over.... why do I still keep this messy Poinsettia around, dropping dead leaves on the floor and generally looking a bit tarnished?
It refused to die. Even when I went to England and didn't water it for three weeks.
It's been living outside on the deck ever since the snow melted. And thriving in spite of my lack of TLC.
And now it's producing flowers. Strange little yellow mouths accompanied by red blobs with antenna. They look like something from outer space. 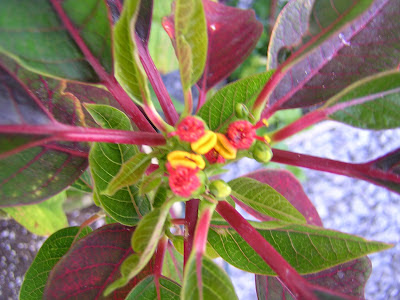 This plant definitely has a will to live, so I'm being nice to it right now. But starting in October I'm going to be mean to it again, by shutting it in a closet in the dark for 12 hours a day. This should cause the red colour to return to the bracts or leaves around the crown of each stem. That's the plan.... I'll let you know if it works.
Posted by Shammickite at 16:46 9 comments:

An army of hunky young men just installed a lot of new sod (I mean turf if you are British) at the back of the complex where I live, and we've had the sprinklers going full blast. We've had hot days with no rain for quite a while and the temperature is predicted to reach 35C (95F) today. 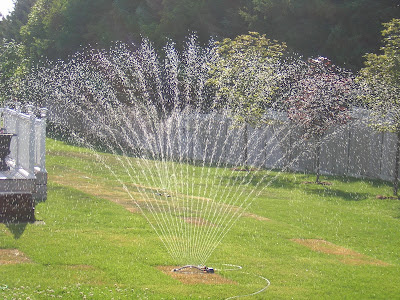 I hate to waste precious water when it's in short supply. But we have to have green grass, no matter what.
Posted by Shammickite at 11:44 12 comments: 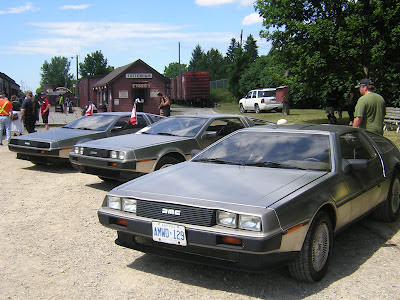 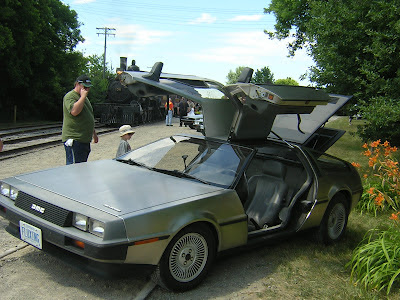 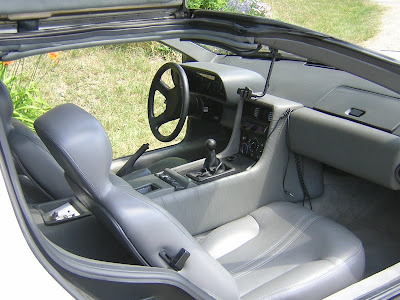 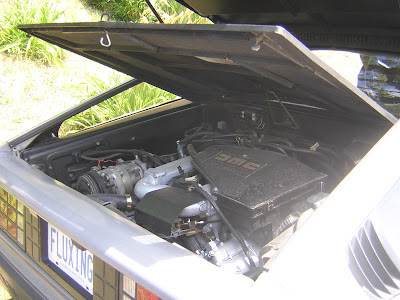 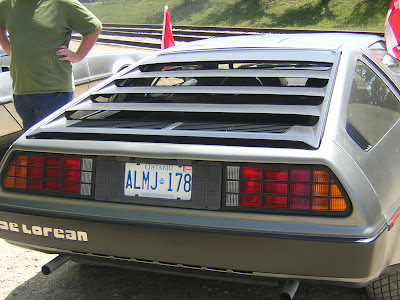