Off on an Adventure!

I'm heading to the airport on a Grand Adventure.... and I'll be posting pictures when I get back. 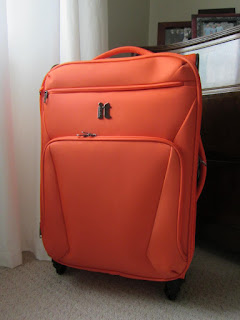 I don't intend my luggage to be lost.... I'll spot this suitcase on the carousel immediately! (unless anyone else is crazy enough to travel with bright orange luggage.)

I'll be in Italy, Slovenia, Austria, Czech Republic and United Kingdom. Fingers crossed for nice weather. A few showers are OK, but I prefer sunshine.

Edited: I'm back from my world travels.
The bright orange suitcase stood up well through being heaved in and out of planes, trains, buses, cars, elevators, escalators, and up and down stairs.
The handle is still attached, as are the wheels.
Amazing!

This elegant Victorian brick house was built in 1889 for Mr. John Baker, a wealthy lumber mill owner. It's had numerous owners since then, and the current owner bought it in 1978. It had been empty for a while and needed a lot of TLC. 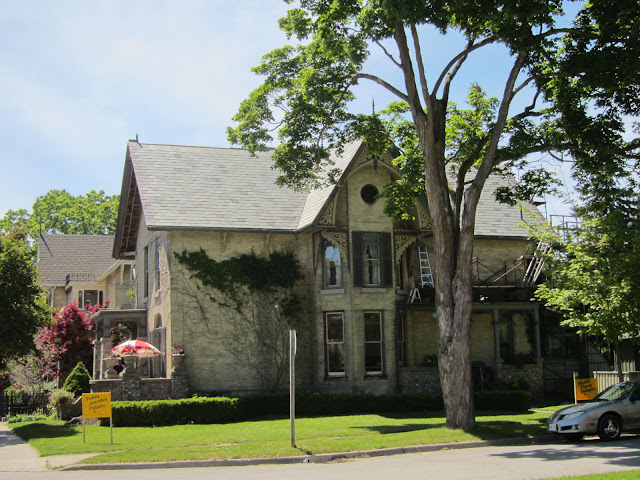 The house has been covered in scaffolding ever since.  I had a tour through the house many years ago, and it was in really bad shape. The owner acquired enough slates to cover the leaky roof, but as slate is so heavy, the rafters and the roof framework had to be strengthened. The scaffolding came down on this side of the house for the Doors Open event, but it's still there on the other side as the roof's still not completely finished. 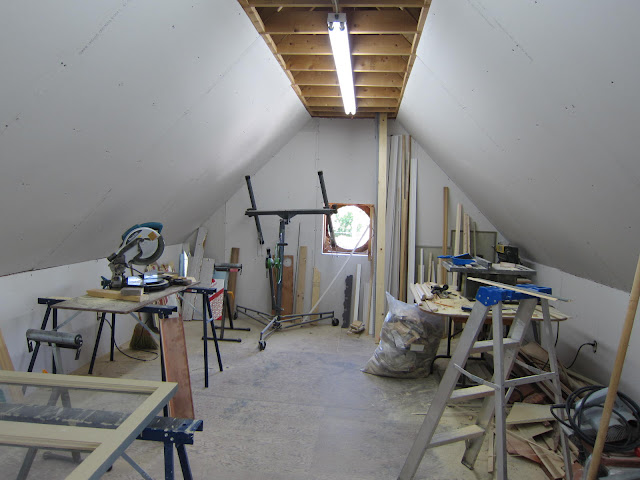 The third floor (originally the attic) is being renovated and made into an apartment. Will it ever be finished? Maybe. It's only been 37 years so far. Plenty of time to get it done. That round hole used to be a circular stained glass window, now it's just a round hole. 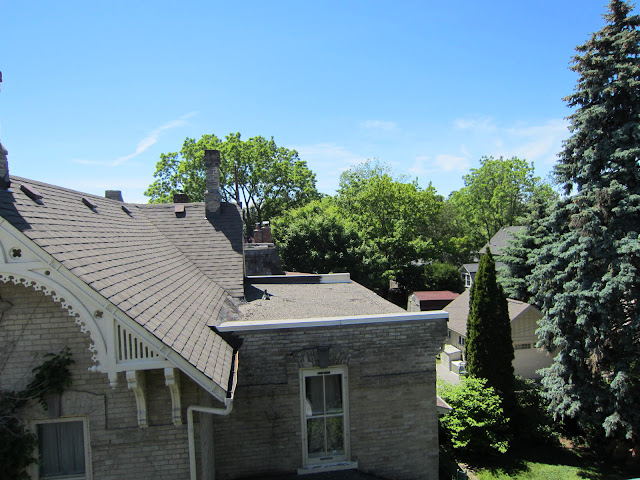 The view over the neighbouring rooftops out of an open door on the third floor. Where does the door lead? To the scaffolding of course. 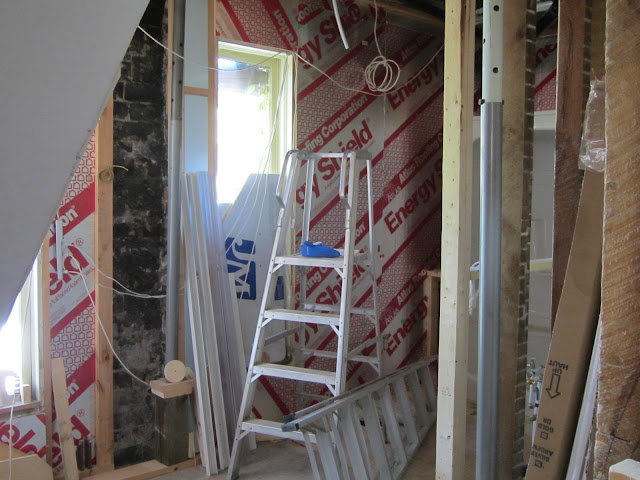 Meanwhile work continues throughout the rest of the house. The owner opened the house to the public for Doors Open day. Needless to say, lots of locals crowded into the house eager to get a glimpse of the progress had been made inside the infamous "scaffolding house" over the past 37 years. When I was there around the middle of the day, over 750 people had already been up and down the stairs. 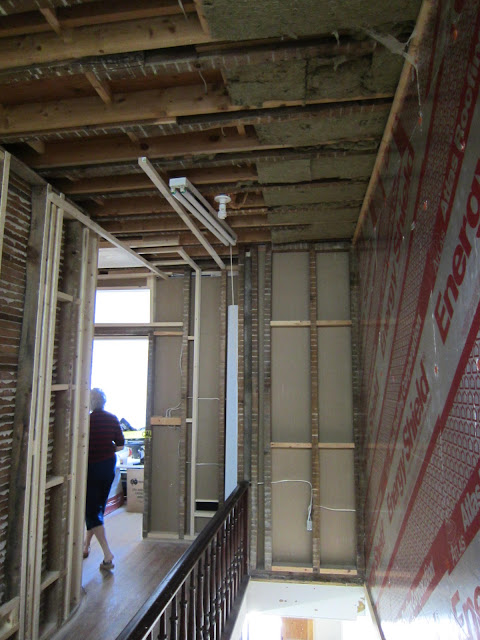 It's going to be a lengthy project I think. 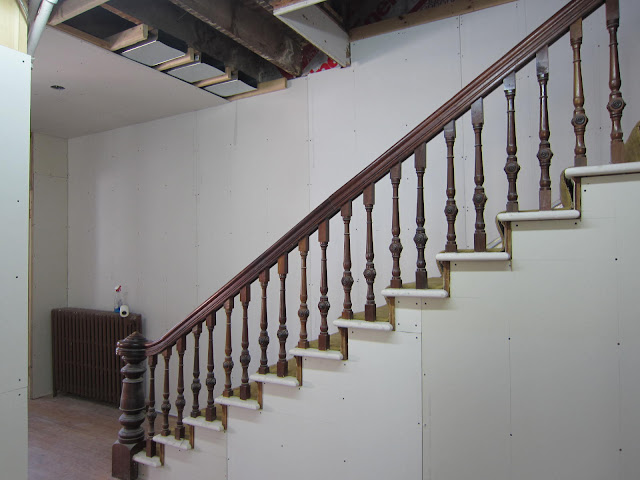 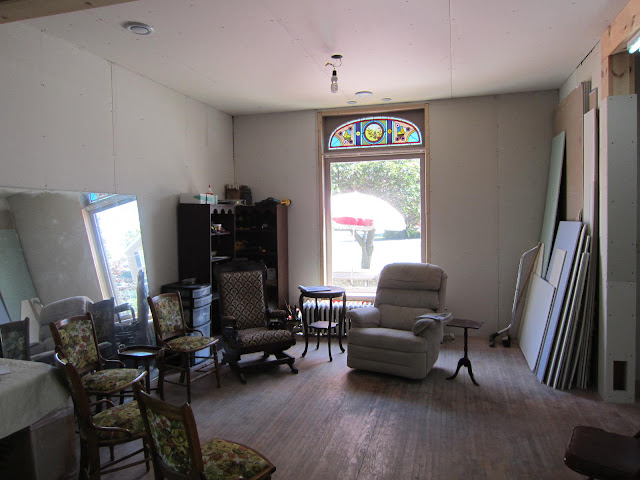 Interested in a reno challenge? The owner says it may be going on the market in the near future.
Posted by Shammickite at 12:51 11 comments: