Last week was the annual school March Break, and our wonderful local library hosts a number of events to keep the kids entertained and the parents sane.
The keepers at Jungle Cat World arrived at the library with a selection of their animals to show the kids. First was a white umbrella cockatoo who loved to squawk and flap her wings and raise her crest. She was very affectionate and seemed to like having the children stroke her feathers. 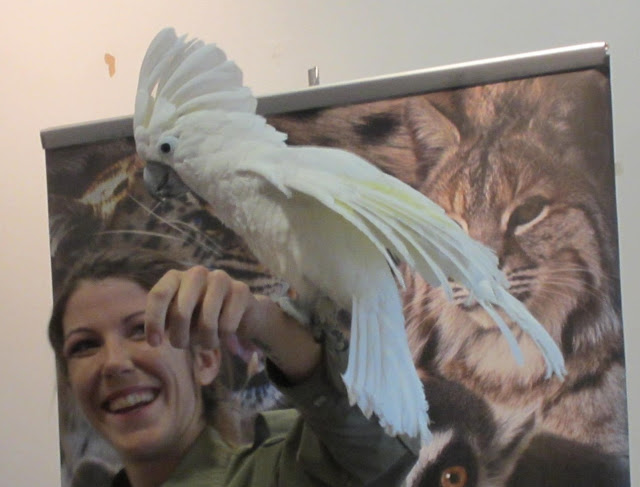 Not all the animals were from other parts of the world. This furry black and white striped creature can be seen all around this area. Yes, I petted a skunk, never done that before! This young skunk had been "deskunked", much to everyone's relief. 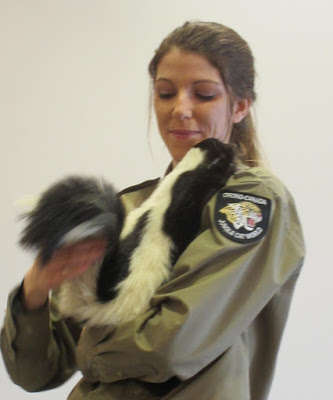 However, not everyone wanted to take a chance. 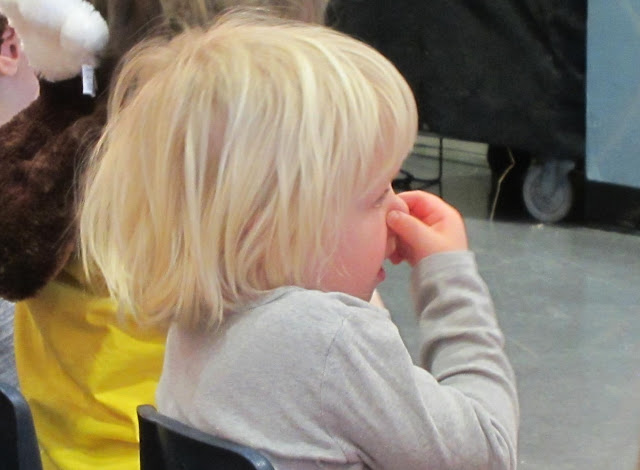 A fennec fox, at home in the deserts of the Sahara and North Africa. Adapted to the hot dry desert, they rarely drink, getting all the moisture they need from their prey. (BTW, that's a poster behind the keeper.) 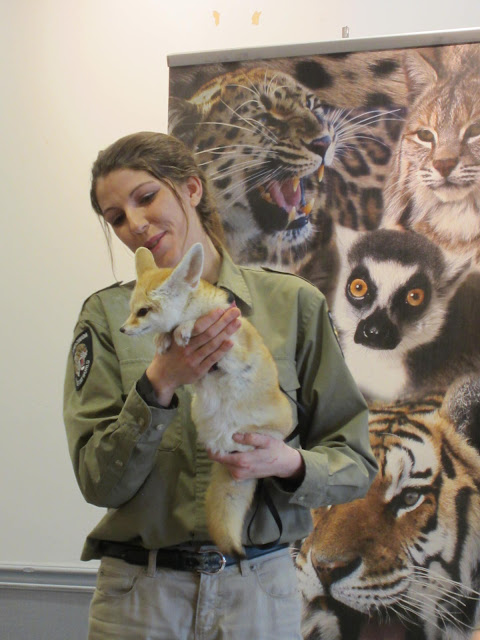 African serval cat, predominantly found in Southern Africa. The keeper allowed adults to touch the cat's fur but kept the children away. 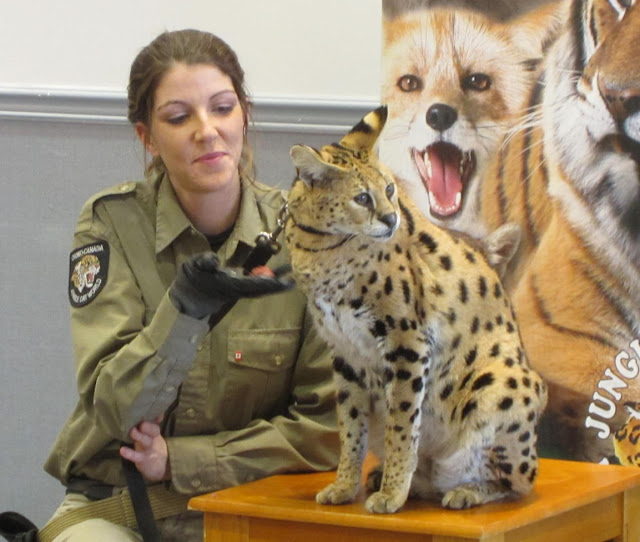 And the last animal to be displayed.... a young lioness. She was eating from the keeper's hand. 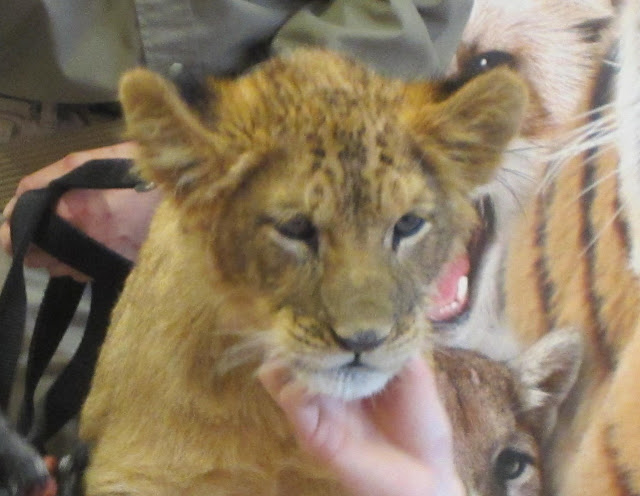 The next day, a ventriloquising, juggling, unicycling magician was entertaining the kids. When he asked for assistants from the audience, Isaac waved his hand... Me, Me! He didn't get sawn in half or anything worse.... he merely had to hand the juggling clubs to the magician. 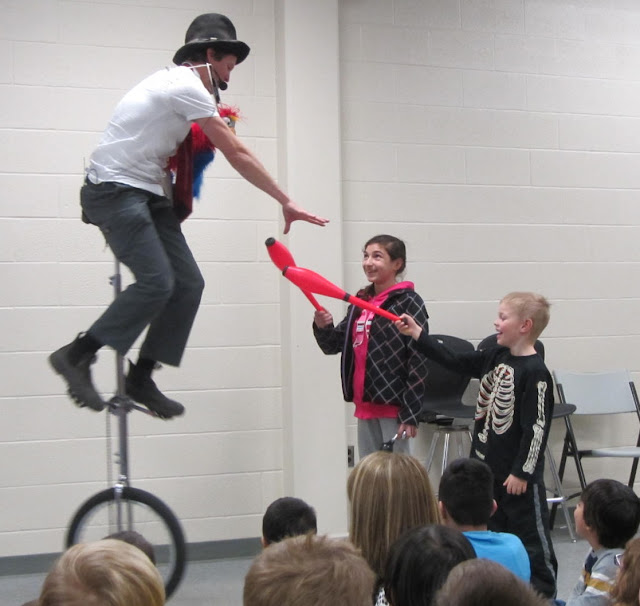 The following day we went to Toronto Zoo. As Zoo members we were entitled to see the twin baby Giant Pandas before the general public, however everyone else had the same idea (I should have known!) and there was a 1.5 hour wait to see them.  So we'll see little Jia Panpan (meaning Canadian Hope) and his sister Jia Yueyue (Canadian Joy) next time.
Posted by Shammickite at 20:13 23 comments:

Pi Day is celebrated on March 14th (3/14) around the world. Pi π is the symbol used in mathematics to represent a constant — the ratio of the circumference of a circle to its diameter — which is approximately 3.14159.
Pi is a constant number, meaning that for all circles of any size, Pi will be the same.
And 3.14 is also Albert Einstein’s birthday!
So let's wish Albert a happy birthday, and celebrate with some pie!
Posted by Shammickite at 08:22 10 comments:

I've been a really bad blogger recently, no excuses, I know. January and February weather does that to me. It has been a surprisingly mild winter, with not even one huge blogworthy snowstorm. And I haven't been to Florida, or Arizona, or anywhere hot to get away from Old Man Winter. But tonight the clocks "Spring Forward", the evenings will be longer and signs of Spring will start to appear. Hooray!

Stuff Sorted over the past few weeks:

Many bloggers will be aware of the tragic motor accident that took the lives of EG Camera Girl blogger Tina Forrester (http://eastgwillimburywow.blogspot.ca/) and her husband Tom. On Sunday morning I attended a Celebration of their lives at the Royal Canadian Legion in Mount Albert, Ontario.
There were more than 80 friends and family gathered when I got there, and more arriving every minute. Tina and Tom were well loved in their community. I spoke to Tina's daughter, and told her even though I had never met her mother in person, I was one of many "internet friends" and I was representing the many bloggers worldwide who knew Tina through her photographs. I'm so glad I went.
RIP Tina and Tom.