But he didn't forget. 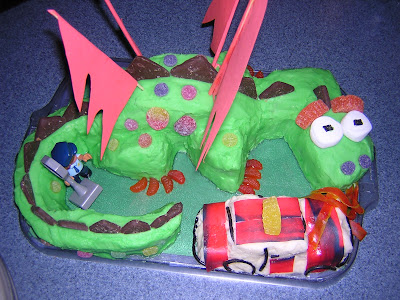 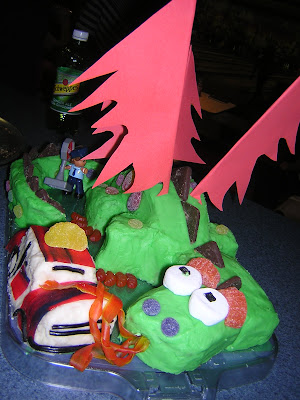 The chocolate spike at the end of the dragon's tail had shattered the police car's back window, as requested, but Callum ate it before he got to the party.

The Equestrienne did a fantastic job, right?
Posted by Shammickite at 11:26