The Anglican Cathedral of St John the Baptist stands at 16 Church Hill in the city of St Johns, Newfoundland. There's a small entrance on Gower Street between Church Hill and Cathedral Street. That's the entrance I used when I went in to look at the inside. 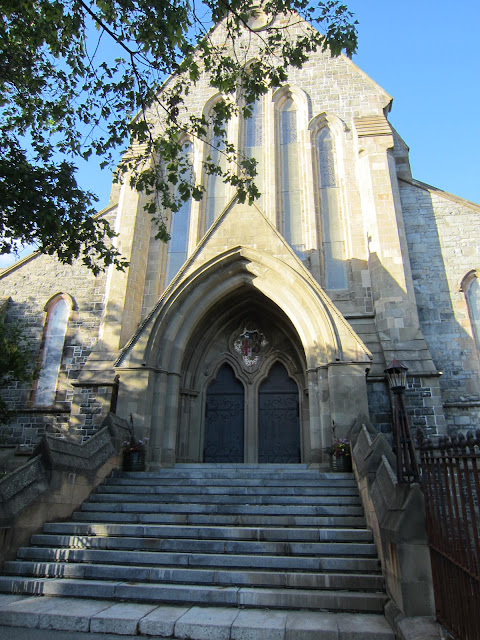 The Cathedral is the mother church of the Diocese of Eastern Newfoundland and Labrador.
This is the main entrance on Church Hill. And this is where you would go to meet up with the St Johns Haunted Hike. 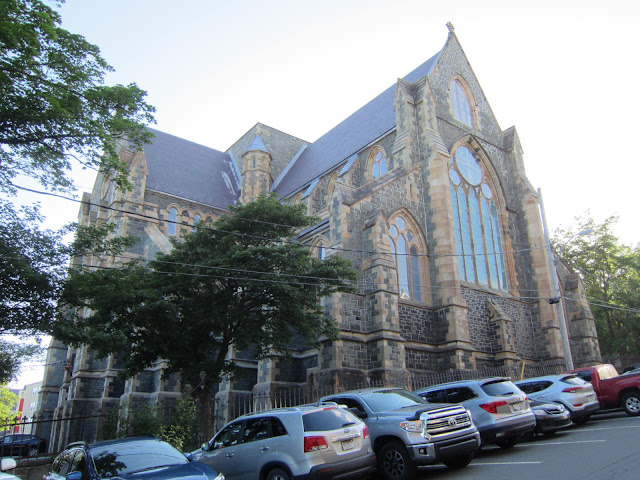 As you can see, Cathedral Street is pretty steep.
This parish was founded in 1699. At least six wooden churches have stood on this site, destroyed by accidental fire, military operations or the rigorous Newfoundland weather. And before the churches, the land was used for public hangings up to the 1750s. The first stone church was begun in 1843, but only got as far as the cornerstone being laid. The present Cathedral was begun in 1847. The Nave was built 1847-1850, and served as the whole cathedral for the next 35 years, when the Chancel, Transepts and Sanctuary were added 1880-1885. 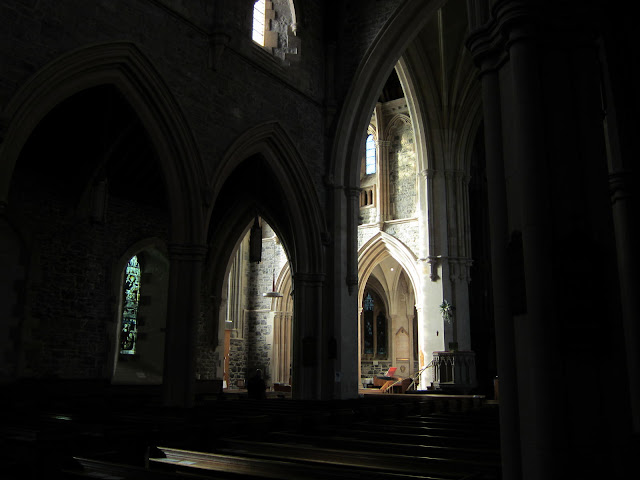 The Great Fire of 1892 caused extensive damage to the Cathedral and destroyed most of the town, leaving 11,000 people homeless. The roof timbers ignited causing the roof to collapse, and bringing the walls down with it. The heat melted the lead in all the stained glass windows except one, which can be seen in the Sacristy. The Cathedral was restored 1893-1905. 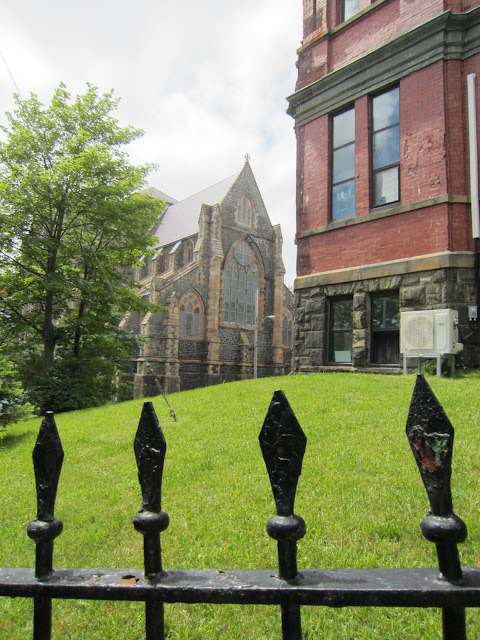 Looking towards the Cathedral from the back of the Masonic Hall, the red brick building on the right. These photos were taken in July sunshine. I think there would be some snowflakes flying today!
Posted by Shammickite at 20:31